Happy New Year! 2015 was like a roller coaster, and we wish you all good luck and much success in 2016. Our birthday was on January 3rd, and we reached level 30! It would be a great birthday gift to us if you subscribed to our newsletter here. Thanks!

Important events since our 4th newsletter: We hosted a 2nd preview of the site in December, and users logged into ProjectMQ from more than 20 countries around the world! Unfortunately, we also had to push back the official alpha release. I picked January 3rd, because I thought it would be cool to launch ProjectMQ on our 30th birthday. Though, based on the feedback we've gotten, we still need better site performance and a few core features.

Please accept my apology for our launch delay. We're working diligently to deliver the quality experience you expect and deserve, as quickly as possible. In the meantime, we'll continue hosting site previews, to help us determine when the alpha release is ready. Thanks for your continued support and patience.

Quick backstory summary: Malcolm and I created an awesome gaming site concept, which Avik Sogoyan made epic designs for, and Rusel DeMaria agreed to advise us on. It was an uneasy choice,but we dissolved our company's student internship program, in order to afford the registration/travel expenses for E3 2014. The plan was simple: both of our flights would leave early Sunday morning, Malcolm's from (Savannah) Georgia, and mine from (Tampa) Florida. Then, we'd both land in LAX within 30 minutes of each other, and take a cab to the hotel.

That was a terrific plan on paper.....except I missed my original flight. The good news (sort of) was, even though Delta's next available LAX flight delayed my arrival by 3 hours, they upgraded me to 1st class. The bad news was, since I booked all of the other reservations in LA, Malcolm basically had to wait in LAX for 3 hours until I got there. Apparently, 1st class gets complimentary food when flying coast to coast. We were on a strict budget for the trip, I didn't know the meal was free, and I didn't want any surprise surcharges from Delta; I respectfully declined lunch. I think I was the only one in 1st class who didn't eat, smh.

My flight eventually landed in LAX around noon. I was as hungry as you'd expect to be, if you skipped breakfast (for the flight I missed) and lunch (while watching everyone around you eat). Malcolm wasn't particularly concerned about me getting food, and rightfully so. He was pissed at me for wasting his time, and had taken an Uber to our hotel after waiting for 3 hours in the airport. Once Malcolm got to the hotel, he asked the driver to go pick me up when I landed. We had lots of ground to cover before Tuesday, and couldn't afford to lose any more time...[to be continued in the next newsletter]

Here's a quick update on the Kickstarter projects from our 4th newsletter:

Thank you to everyone that joined us in supporting all of them! Visit their sites (by clicking on the linked text above) for updates on their games. Also, you can check our Kickstarter Profile for a full list of the 43 indie campaigns we've supported. Here are two more indie projects that we've recently backed:

Refuge is a 2 player hide + seek survival game set on a mysterious settlement named 'The Ark'. Will you hunt your opponent or attempt to out-survive them? The choice is yours.

The aim of the game is simple: to eliminate the other player. This is achievable in many ways - such as directly hunting them down or alternatively by out-surviving them...

Refuge will initially be developed for the PC on Steam, with plans for Mac and iOS in the future. They've raised 50% of their $38K goal so far, with 67 hours to go.

Deep in the nightmares of a girl, NOOZh is a Storyteller/Dungeon crawler with endless levels containing mysteries, traps and puzzles. They've raised 34% of their $15K goal so far, with 10 days to go.

If you like either (or both ) of those games, please help them reach their funding goals!

Like endless brawlers? Like cephalopods? Quadropus Rampage is the game for you, from Butterscotch Shenanigans (@BScotchShenani). Quadropus Rampage is an Endless Roguelike that casts you, the player, as an enraged, four-legged cephalopod named Tack. It is your quest to reach the bottom of the ocean and destroy Pete, the evil god of the sea, before his army of abyssal creatures can overtake LITERALLY EVERYTHING. .

You can get Quadropus Rampage on iOS and Android 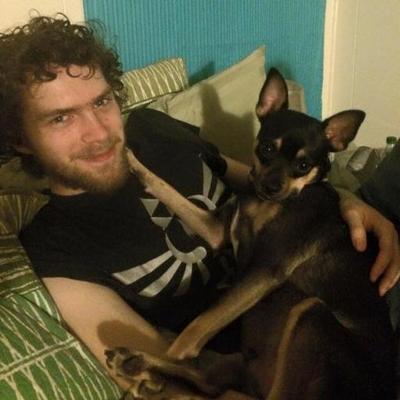 Our indie game fan pick comes recommended from our Twitter follower Will Nations @willnations. Will lives in Waco, Texas; he's a Christian Game Designer/Developer, and he's studying Computer Science, Film, & Digital Media at Baylor. Thanks for recommending Duelyst to us, Will. You've won a copy of @RevealTheDeep on Steam.

Reveal The Deep (@RevealTheDeep) is sponsored by Lazy Monday Games and Squareface (@SquarefaceGame) is sponsored by VAN CUBO . Follow them for a chance to win their games. We’ll select our winners from their followers list. Remember, you'll UNLOCK 1 Indie Dev game code for every 5 RTs of our pinned tweet on #IndieFeatureMonday and #IndieFeatureFriday. Learn more about their games below.

Reveal The Deep is a short exploration game set in the wreck of a 19th century steamship. Navigate through expansive levels, uncovering the stories of the ship's demise and it's passengers. Keep your nerve, your wits about you, and prepare to reveal the secrets of the deep.

Squareface is a premium 3rd-person action RPG, exclusively for iOS. The purpose of the game is to have genuine fun whilst completing all the challenging missions, destroying all enemies, exploring and discovering a vast world filled with present day items and secrets. The player will be able to use various weapons, gadgets, even a pet A.I., and build cardboard structures to successfully achieve the set goals.

We'll continue doing sneak previews regularly, to let you test drive the site, and get important feedback from you. The next preview will be sometime mid-February. Stay tuned to our next newsletter for more details about that invite-only event.

P.S. A few people took our survey, but unfortunately didn't see our email about the December preview. We'll be sending you user credentials from marcus[at]howardci[dot]net and malcolm[at]howardci[dot]net. Make sure to whitelist our emails, so you don't miss out.